EURCAD goes on the offensive 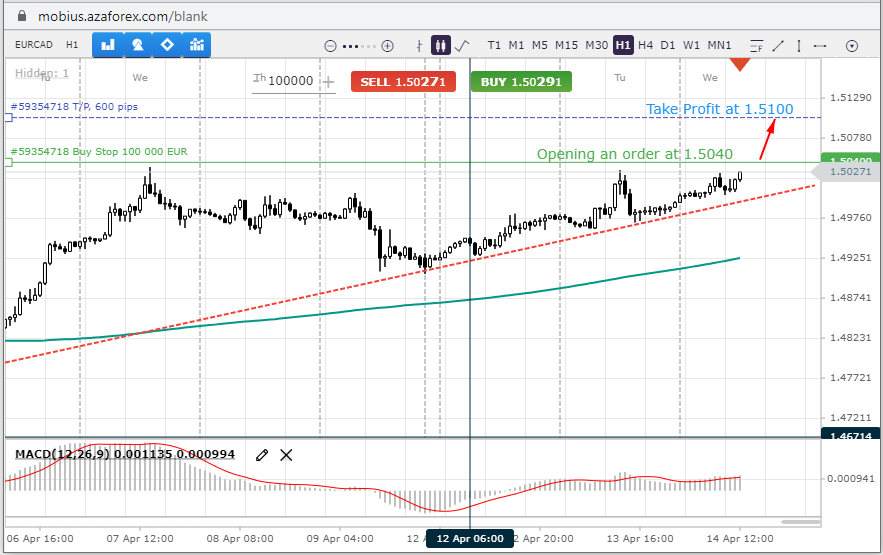 The Euro goes on the offensive against all currencies

If you look at the charts of currency pairs, where one of the currencies is the Euro, you will see that the Euro has gone on the offensive against all currencies. With different strengths, trends appeared on almost all of these currency pairs. In particular, in the currency pair with the Canadian dollar, the so-called figure of technical analysis, a triangle, is visible. This means a good opportunity for the trader to open an order in the direction of the trend. In this case, the trend and growth of the Euro go in the same direction. Take profit can be set not large at 60 points, but with a high probability of reaching it at a multiple of 100.

Result of a trading recommendation, the price has reached the Take Profit level 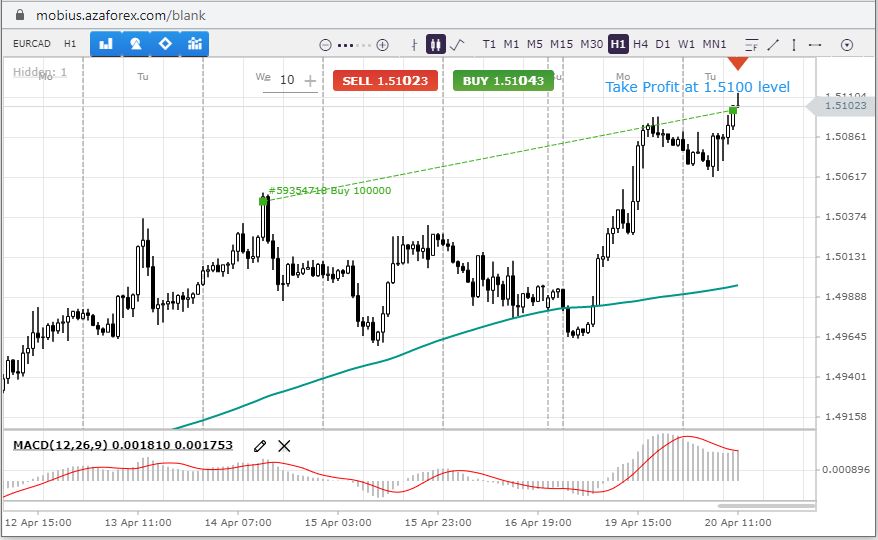 In case of opening a position on this trading recommendation, the profit can be $728.16 with the order volume is 1 Lot.
tags