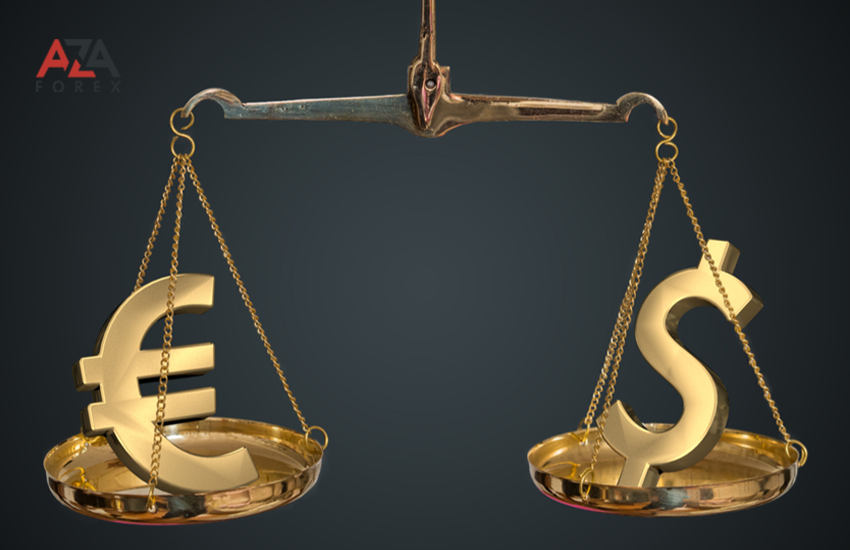 Fundamental indicators that can be used in trading the EUR/USD

The EUR/USD currency pair is the most liquid in the foreign exchange market. This means it's easier to enter exit trades in the pair and it's recommended for those who are still new to trading Forex. For Forex traders to understand how to trade in the Forex market effectively, they must have a firm grasp of the general economic characteristics of major pairs or the currencies they wish to trade. This includes understanding fundamental indicators and how they impact the fluctuations of that particular currency pair. For example, some currencies are very sensitive to commodity prices and others are not. This article will be exploring how the EUR/USD can be traded, by putting both the United States and European economies under a microscopic view.

The United States is the largest economy in the world, with a GDP valued at over 19 trillion in 2021. This is the largest across the globe and 3 times the size of Japan's output. The United States is a service-oriented country since 85% of its GDP comes from business services, finance, real estate, health care and transportation. Nevertheless, the size of its manufacturing industry still makes the dollar sensitive to the developments in the manufacturing sector. The liquidity in the equity sector is the highest in the world and also the biggest. According to the international monetary fund, the United States absorbs 71% of total foreign savings. This implies that if foreign investors are not satisfied with the yield in the US markets, they will seek higher yields elsewhere in the globe, and this will result in a downturn of the US dollar and its assets.

The volume of exports and imports in the US is the largest internationally, and this is due to its sheer size. Regardless of this massive volume, it has been running a huge current account deficit. This has been an economical problem for decades because the large deficit makes the dollar to be highly sensitive to capital flows. For the United States to prevent the negative impacts posed by trade, they have to attract a substantial amount of capital inflows. Thankfully, its Bond market is the most suitable market to meet that need. The federal funds rate is the interest rate paid by the member banks of the Federal Reserve when borrowing funds. The Fed will hike this rate to reduce inflation and will cut it to increase consumption and growth. The market gives a lot of attention to changes in this rate which will have large ramifications for the stock and currency markets.

Fiscal policy is the activities taken by the government to influence spending and taxes. In the United States, the treasury is the responsible sector for the implementation of fiscal policy. Traders mostly give heed to actions taken by the central bank, but the treasury is the actual governing body for dollar policy. If the treasury considers the currency to be overvalued or undervalued, they will consult with the central bank to either buy or sell the dollar in the foreign exchange market. Before the Euro was introduced and the growing usage of the Renminbi, the US dollar was one of the world's premier "haven" reserve currencies. To this day it has been the most held currency by foreign countries, but in recent years it has been challenged by the Chinese currency and the Euro. Although this will take to come to fruition because the bond markets of the two countries are not as developed as that of the United States.

Another characteristic of the US dollar is that it is inversely correlated with Gold prices. The correlation between the two is not perfect, especially during a time of geopolitical uncertainty. Equities and Treasuries have a significant impact on the performance of the dollar. When asset prices are rising, foreign investors will flock to the stock market, which means the demand for the dollar will go up. This is a result of investors exchanging their domestic currency for the dollar, thus increasing its price. The next part of the article will be giving detailed characteristics of the Euro. Understanding these fundamental forces will give the trader confidence when executing trades. The Euro is used by countries that are under the European Monetary Union, which constitutes more than 18 countries. The Euro was not adopted by all the countries in the Euro area. The EMU has one of the most highly developed financial markets in the world.

The Euro is the biggest rival of the US dollar, in terms of the "haven" reserve currency status. The backdrop of having the Euro as a haven currency is its fragmented Bond market. This can be offset by the creation of Euro bonds, which would align with the performance of the Eurozone economies. Trade is an integral part of the nations in the Eurozone since the majority of their trades are conducted internally. This is significant because bit removes the exchange rate risk aspect of trade. In terms of total output, the service sector takes the largest share followed by the manufacturing sector. The European Central Bank governs the monetary policy of countries that are part of the EMU. The board of executives consists of a president, 4 other members, and the vice president. The ECB applies the majority rule in choosing the appropriate monetary policy. The president possesses a casting vote in the event of a tie during meetings. The press conference held by the president at the end of every meeting is used to clarify the monetary stance to the public.

They are certain conditions that need to be met for a country to qualify for entrance into the union. If an EMU member country deviates from the conditions, it will be heavily fined. For entry into the EMU, but not limited to, the country has to maintain an inflation rate that is less than 1,5% and also have a government debt/GDP ratio of less than 60%. If a country meets the requirements, its monetary policy will be governed by the ECB. The ECB is an independent institution, and cannot be influenced by the government. Germany's economic data affects the Euro more than any other Eurozone nation. The biggest countries in the Eurozone, in terms of GDP, are Germany, France, Italy, and Spain. The data of France, Italy, and Spain are significant, but they hardly move the Euro. Therefore, traders should put more heed to Germany's report.

The Producers managers index outlines the performance of the manufacturing and service sectors of the four largest economies in the Eurozone. PMIs are regarded by most investors as being leading indicators because they provide us with an up to date information about the performance of the real economy. A reading above 50 represents growth and a reading below 50 indicates a slowdown in growth. The IFO survey is also one of the most watched fundamental indicators. The IFO institute surveys over 7000 Germany, asking for their views on German's business climate and their near-term plans. The HICP, Germans unemployment, Germans industrial production, GDP, and M3 money supply are some of the indicators that can be studied and used.

Thanks for reading and good luck.

The United States is the largest economy in the world, with a GDP valued at over 19 trillion in 2021. This is the largest across the globe and 3 times the size of Japan's output.
tags