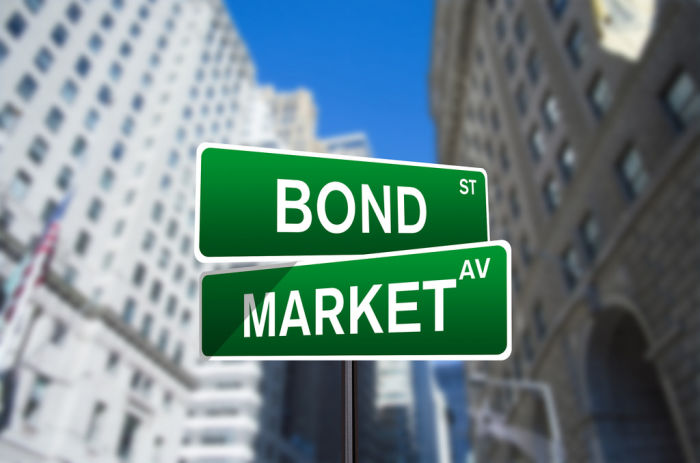 Since I started trading on the financial markets, I have come to realize the importance of knowing and understanding the bond market in depth. The bond market seems to be the center of the financial system. After reading this article you are guaranteed to gain useful information that can be incorporated into your everyday decisions when participating in the markets. Bonds are financial instruments that are issued by an economic agent like a corporation or the government. The buyer of these bonds anticipates being paid interest annually, semi-annually, or the duration that was specified on the contract. The interest that is paid by the issuer is also known as a coupon. There will also be a sum of money paid at the maturity date, which is called the principal. For instance, let's say Apple Inc issues a bond for $100000 at a 5% interest rate annually and a principal of $100000. This would suggest that the buyer is promised to be paid 5% of $100000 which is $5000 year until maturity, and at the end of the final year will get paid a principal of $100000

Bonds tend to be regarded as having less risk than other financial instruments such as stocks. Bonds are found in varying maturities from 5 years to as long as 30 years. If you are looking for shorter-term instruments that are similar to bonds you can purchase a treasury bill in the money market. Bonds also offer diversification to a portfolio of a market participant and are the best instruments for long-term investments even though they are reserved for a selected few economic agents like corporations. Unlike stocks, bonds are only found at certain dealers and are mostly traded over-the-counter, meaning they can be bought on the internet without having to physically go to an exchange. You can be able to invest in bonds without having to do it directly yourself but rather invest in them via a bond mutual fund. Bond mutual funds have expertise on what kind of bonds will serve their client's needs then invest for them. In so doing they save the client the research work. It is worth noting that many institutions in advanced economies raise funds through the bond market than they do through stock offerings therefore it's worth it to understand how the bond market operates and its influence.

Treasury bonds also called sovereign bonds were historically regarded to be default-free, meaning the possibility of the investors not getting paid the principal is closer to none. Although recently that proved not to be the case as rating agencies downgraded the debt in countries. The treasury bond issuers are known to borrow at some of the most favorable conditions. When purchasing a treasury bond, you have an option of either buying a bond that is protected from inflationary risks or one that is not protected from inflation. If you choose to buy the latter you will be compensated for the risk. The coupon rate can vary due to the factors affecting the rate, and that can result in an investor experiencing again or deficit if they were to sell the bond before maturity. For instance, let's say an investor buys a bond that pays a coupon rate of 5% annually and the same kind of bond offers a 6% coupon rate the next year, this means if the investor wanted to sell the bond, it would be sold at a discount but if the circumstances were otherwise, we say it would be sold at a premium. The most favorable is the latter. The main purpose of issuing treasury bonds is to be able to meet longer-term financing needs, such as a pension payout of an employee.

We also have municipal bonds which are also known as munis, they are issued by local municipalities and can be bought at a premium. Municipal bonds are very attractive because the tax that must be paid when the bond is acquired is less when compared with other bonds. During financial crises, munis attract more investors than their counterparties. This attraction is caused by «the flight to safety» as investors perceive them as a haven. The disadvantages of munis are that they lack liquidity and they have more credit risk.

Corporate bonds trade on both on-the-counter and over-the-counter secondary markets such as the New York Stock Exchange.

The key financial institutions critical to the bond market are investment banks. Investment banks buy the bond from the issuer in the primary market and put them on sale on the secondary market at a higher price than they obtained them. They perform an underwriting process, whereby an issued bond is services to meet investor preference. In the absence of underwriting lies an asymmetry of information. Asymmetric information is when an investor has limited or no information about the bond they are acquiring. When a firm experiences bankruptcy, it can result in a firm not being able to provide payment to bondholders which are called default. During default, the coupons or principal sometimes even both are not paid to the investor, thus we have insurance instruments such as «credit default swaps» that will protect the investor in the scenario of a default.

Rating agencies play a vital role in the bond market, as they provide investors with critical information about the health of the bond that they hold

Thanks for reading good luck