Alexander Gerchik: The story of a successful trader 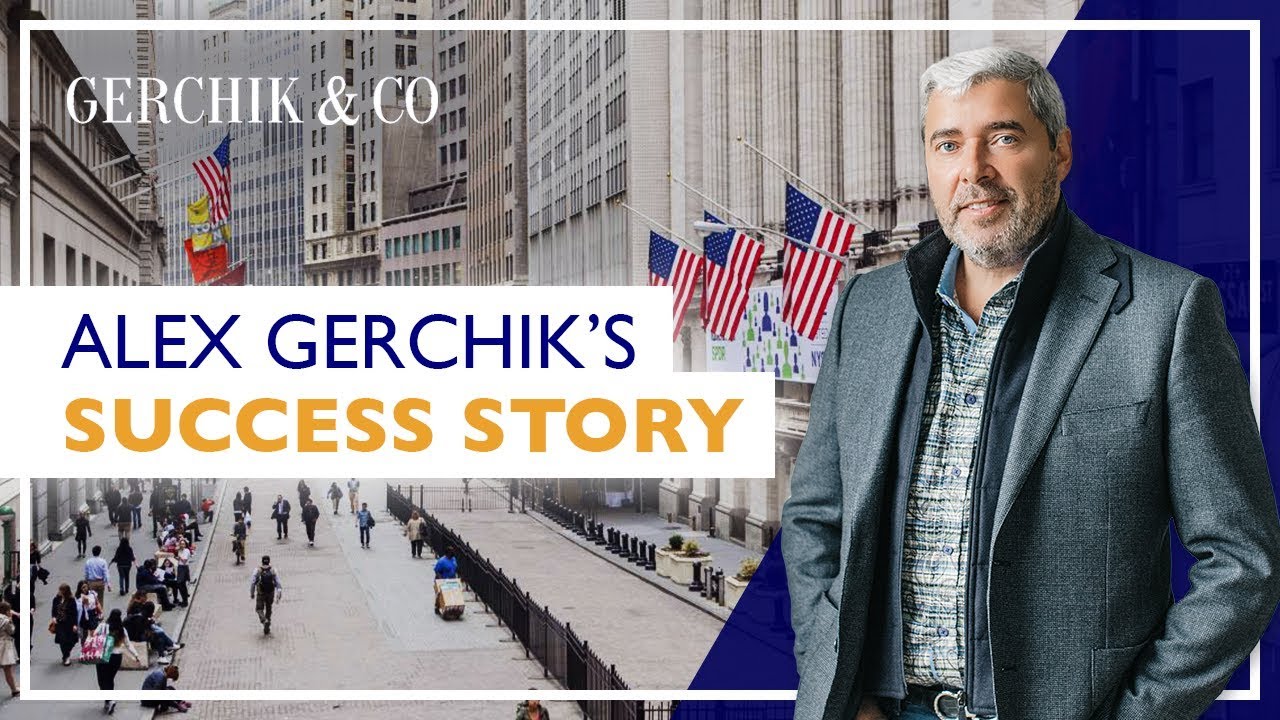 Alexander Gerchik: The story of a successful trader

Most of the stories about successful traders in the foreign exchange markets mostly serve as a source of inspiration for beginners, they motivate novice traders and open new doors for them, wide horizons of financial markets. Today we will learn (and discover) an interesting history and biographical data of a modern legend - an NYSE participant, the famous Alexander Gerchik. His example of life and work, career development, and personal history will allow beginners to avoid many common mistakes and save you from negative consequences. So, Alexander Gerchik is a successful trader who was able to set a course for a break-even trade and achieve impressive results. On September 12, 1971, the future famous and successful trader Alexander Gerchik was born in Odessa. He studied at school, and then at the Odessa Mechanical and Technological College, and then entered the Odessa Lomonosov Institute of Food Industry. His father divorced his mother and moved to live in America. In 1993, Gerchik visits the USA: America is now a new home for him. It was here that he managed to earn his capital and become a teacher. Until 1996, Alexander Gerchik was a taxi driver: he worked in one of the taxi services in New York and regularly gave a ride to traders from Wall Street. It was from them that he learned what the market is, the stock exchange, and how you can make money on it. Already this year, Alexander took special courses in trading. Good exam scores give him the chance to become an intern and look at the world of financial markets. This was the beginning of a successful start for Mr. Gerchik. Subsequently, he formed the basic rules of trading, which are based solely on personal experience: 1) the problem of making a profit on the exchange is not in the rules, but in their implementation; 2) trade in the market for everyone, but not everything for her; 3) trading in debt in 90% of cases fails; 4) it is strictly forbidden to work without a clear plan or a well-constructed algorithm. Since the late nineties (since 1997), Alexander Gerchik becomes a member of a pro-trading organization firm called «Worldco».The firm did not provide its employees with a fixed income, so traders only received their profits if they made money with allocated funds. Because Gerchik did not have deep knowledge in the field of trading techniques or valuable practical experience, he managed to drain the deposit at the firm in his first month of work. Such a collapse stimulates him to new actions and he begins to analyze the mistakes that he made and creates his trading algorithm - a plan, at the same time starts a trader's diary and develops his trading strategy. In parallel with this, Gerchik works very hard: he actively works, studies the American market, and does not stop trading. And after 4 months, his long and hard work provides the first positive results in the form of profit. The strategy chosen by Gerchik is bearing fruit: after a year, the player's daily turnover was determined by a million dollars. Since 1999 (and up to the present time), Alexander Gerchik has not closed a single month at a loss. Since the beginning of the 2000s (approximately 2003), Gerchik has chosen a new direction for himself and moved with his team to a new organization - the Hold Brothers brokerage company, where he received a partner position. Gerchik confidently occupies the position of manager. In the first quarter of 2011, Alexander Gerchik was offered to head the position of manager of the trading department in the Russian financial group BCS. But in the third quarter, he moves to another institution - the investment organization FINAM. The hedge fund created thereby Gerchik is demonstrating very positive indicators, earning an 8.5% profit for depositors. In 2012, Alexander Gerchik was invited to the economic forum in Davos, where he successfully conducts his speech (Buy or sell topic). In the summer of 2015, he returns to New York and, together with Ivan Kroshin and Alexander Zhilaya, implements a project - a brokerage firm of the broker Gerchik & Co, which occupies a good position among other firms and is popular with private traders. For more than twenty years of work, Alexander Gerchik in the field of Internet trading has been constantly improving his success, raising his qualifications and level of knowledge. It easily adapts to modern financial markets, keeping up with the times, technology, and knowledge.