Ways to earn on gap 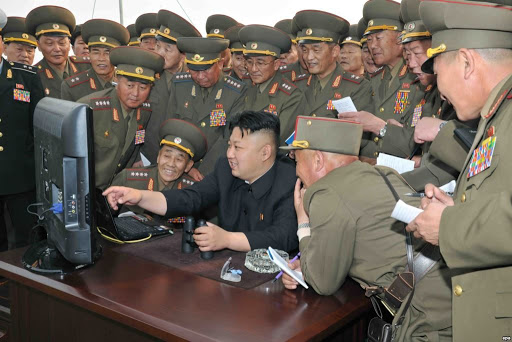 Ways to earn on gap

For trade on the international currency market to provide successful results at the exit, we need to choose for ourselves an effective and appropriate tactic. And besides, the trader needs an understanding of certain market processes and phenomena that are present in the modern forex market.

Today we will talk about the gap: what is this term, the reasons for its appearance, and also its variants.

At the beginning with the English word «gap»  means a gap: in terms of financial markets, a gap is defined as a significant price difference.

Typically, gaps occur at the turn of the course - quotations for Friday and Monday, rarely it may appear during one trading session.

But what caused the gap in quotations?

As a rule, gaps provoke global world news - large reports that make adjustments to the analysis of instruments (one or several at once).

As it was said earlier, most of the gaps are fixed at the junction - the border of two working weeks, due to a lot of factors and news that happened during the weekend.

These include events such as

The final result for each of these aspects will be a revaluation of the currency value: it will be redefined both on the larger side and on the smaller.

It all depends on the magnitude of the reason that affected this reassessment.

Directly this kind of market events affect the behavior of the crowd:

so, before the opening, you can observe a certain accumulation of orders (both for sale and for purchase), on which there are simply no counter orders.

For this reason, players open deals based on current rates - significantly lower, or on the contrary, higher than the quotes of Friday.

The gap, which is obtained at the output, we can easily find on a larger number of temporary sections of the forex charts.

The second version of the gap that can arise on Forex is a gap that appears during one working day: it is a kind of reaction of the exchange to the world news, which is extremely unusual and unexpected.

This type (intraday gap) is highlighted by the quick reaction of the exchange participants to the received news: they begin to create and send orders for updated rates almost instantly.

Basic principles of trading on the gap

If the trader decided to try to trade on a gap, then he should learn some better basic rules and recommendations that affect work directly with breaks.

1) the appearance of a discontinuity.

Some of the very first breaks occur in the trading sessions of Australia and New Zealand.

Bidding stands out for activity, and the observed movements are distinguished by their sharpness and strength;

- the subsequent monitoring of the exchange within the next four hours.

Even more important events are beginning to be published after the opening of the Tokyo site - about midnight from Sunday to Monday.

As a rule, these kinds of price breaks are focused on closing before the start of stock trading by the players.

- working out a possible option for closing the gap.

If based on the analyzed analysis, you can find out the fact that the gap is not justified, then you can start closing it - to take actions aimed at closing the gap within four hours;

In that situation, if the expectation was justified, and the gap is confirmed, then it is worth following the behavior of the selected pair of currencies: it is quite likely that it will go beyond the Friday closing point, thereby increasing the fluctuation.

- closing of the auctions: after the European traders are connected, the liquidity in the greater degree increases, and the news arises a large number.

By the onset of this moment, the gap must stop.

Principles of trading on the gaps: the most effective approaches.

Immediately it may seem that trading tactics are very easy - it is quite enough just to buy or sell about closing the price gap during the opening of the exchange.

But it is necessary to take into account some features, in particular, currency pairs: not every tool shows a good level of working out of gaps.

Also, do not miss the correct value of the stop-loss: thus, an order is necessary to avoid danger when the exchange rates move in the opposite direction.

As a rule, the best indicator of the completion of the gap (the indicator reaches 70%)

the following pairs are distinguished:

To trade with the application of price gaps was the most profitable at the exit, the trader should carefully choose the tactics used.

Use, which is characterized by such properties:

- signal: the appearance of a gap at the opening of trading on Monday;

- in case the trading week started with a breakup, then it is worthwhile to open a deal for sale;

- wait half an hour after the bidding started, and then open the deal;

- after closing the first half-hour bar, you need to enter the position in the direction of closing the price gap;

- the main purpose of the transaction is a short-term closing level;

- remember deposit risks: try not to exceed the risk limit by more than 1-2%.

And of course, try to show special attention in the analysis of the market: this will reduce losses, and reduce errors, and therefore increase the profitability of trading.

At the beginning with the English word «gap»  means a gap: in terms of financial markets, a gap is defined as a significant price difference.
tags