How to reduce the negative consequences of slippage? 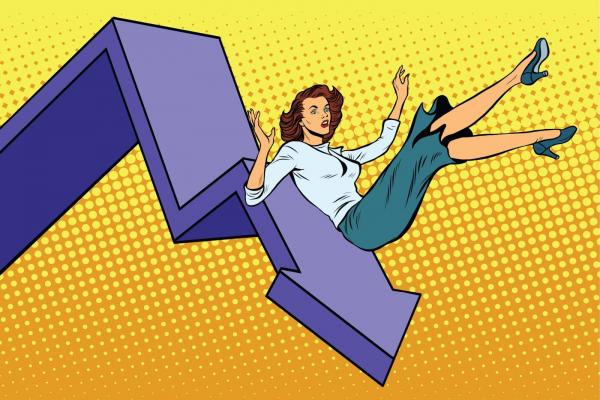 How to reduce the negative consequences of slippage?

The situation called «slippage» is not uncommon in the forex market.

This is another «trouble», which affects almost every trader, which is why it is worth learning more about it. This will reduce the risk of financial losses and help create your trading activity - effective and profitable.

Slippage is the difference between two prices - the cost of two orders. The application, which is set by the trader and the one on which it was produced.

Logically, the question arises: what is the reason for this discrepancy?

As a rule, such a market situation is caused by the liquidity of the exchange, which is formed after the release of important events of a financial and economic nature.

The result of the slippage will be the impossibility of realizing the demand of the exchange player by the rate that was originally set. For these reasons, you have to spend more money than planned.

Unfortunately, it is impossible to get rid of slip, but to reduce all potential financial losses to a minimum is quite realistic.

As mentioned above, slippage is the difference of value - between the actual price and the price that was specified by the player.

Such a parameter can be varied and vary in the range from one to several tens of points.

Among the main reasons for the appearance of slippage are the following:

- too high rate of change in quotations (volatility of the exchange), which simply can not «catch up» the order established by the trader;

- too low speed of implementation of orders (point reverse to the past).

Typically, it depends on the stability of the broker or network connection failures.

- a special reduction in the speed of implementation of orders, which comes from some brokers of the exchange: as a result, bids are opened at a very unprofitable price for the trader.

Consider also such a moment that most often, slippage is created when orders are executed according to the market method.

In the best situation, brokers provide an opportunity to set the maximum price deviation value, in the worst case - the amount of slippage can be equal to a two-digit number (measured in points).

To make such an unpleasant moment not become a part of your trading, it is more optimal to choose such accounts, which assume the most accurate implementation of the order.

- choose the brokerage firm that guarantees the immediate implementation of applications.

To date, there are many such intermediary companies: thus attracting more clients.

- Enable a function that introduces a slip restriction.

Most brokerage firms offer customers a chance to get a refusal from the application, which is much more convenient than a too-late open deal.

- as an option, you can try to work together with several brokerage companies in the market.

Also note that choosing to trade on the news, the probability of experiencing slippage is very high. To reduce risks, it is recommended to choose the placement of the deposit in parts or work with more suitable companies.

This is an alternative method for reducing slippage.

- Definition and selection of the timeframe, which is characterized by the highest activity of the price.

In this situation, it is better not to open deals, except when the tactics of the trader involve the implementation of operations using high-volatility tactics;

- Try to work with the deferred type of orders (instead of market ones).

But keep in mind that without slippage will only implement limit orders: for stop orders, slippage is a characteristic phenomenon;

- optimization of the functional of the software used. You can also use a virtual VPS server.

- for trading, it is worth considering the option of medium-term and long-term strategies.

The main points that affect slippage are:

- this is a fairly common stock phenomenon, which can be due to several objective factors;

- reduce slip to zero is impossible, you can only reduce the possible losses at the optimal level;

- when choosing a forex broker, pay attention to such characteristics of the company as decency and reliability. These are the best guarantees of reducing losses for the player;

- to conclude deals, not having the proper experience - is not necessary;

- when opening or closing a position, first of all, it is necessary to take into account the price difference and exchange volatility (the level of volatility), as well as the opening and closing quotes.

Slippage is the difference between two prices - the cost of two orders.
tags