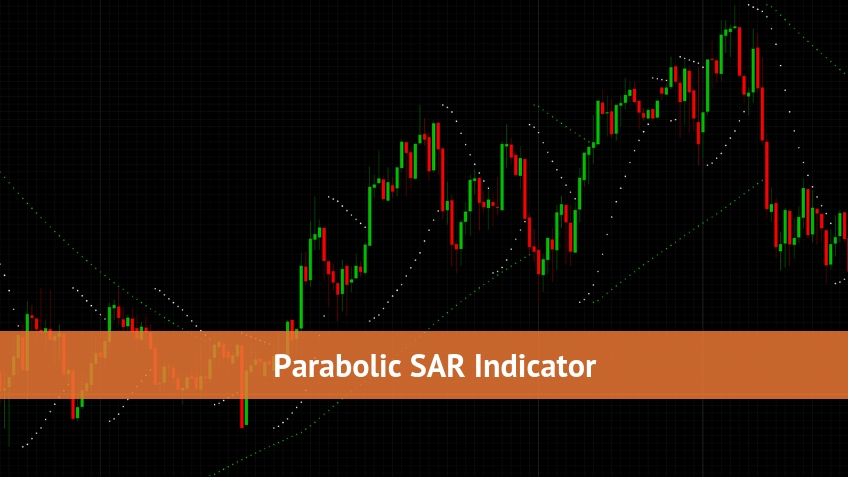 Today I would like to consider another indicator of technical analysis - a parabolic SAR system, called Parabolic SAR.

English letters that are present in the name of the strategy are an abbreviation for «stop-and-reverse», and if you translate words from the original language, this will mean stop and reverse.

This system was created by the well-known analyst and developer J. Wells Wilder.

The Parabolic method is actively used by both novice market players and more experienced stock traders.

The main task of the indicator is to identify the direction of the market movement: for example, the parabolic system follows the current trend, providing the opportunity to find the tops-the reversal points with the highest possible accuracy.

The creation of a technical tool is made directly on the price chart.

If we talk about the classical model, then the SAR parabolic is represented in the form of points that are directly on the price chart, and if desired, the indicator settings allow presenting it as a line.

In addition, the parabolic is included in most technical analysis systems.

The points that are pointed one after another, or the indicator line (all depends on the settings) are similar to the parabola.

Points can be located either above the price chart, or below it.

At each moment (time), the SAR indicator, based on a fixed formula, calculates indicative values ​​- prices, which we can see as points or lines of the indicator.

If the trend is upward, then the real value of the instrument should not fall to the indicative line, and in the downtrend - increase above it.

Based on a rather complex and in-depth analysis of multiple periods, Parabolic SAR can determine the trend direction.

That is, when the price chart intersects points or straight SAR lines, the indicator turns: this means that further data, which the indicator will show, will be in the zone, the reverse price.

Practical studies confirm that the SAR parabolic system is capable of producing clear and truthful signals that accurately indicate a price movement reversal, provided a clearly expressed trend and creates a lot of imaginary signals in a flat state.

Therefore, to get good performance at the exit, the player should be confident that there is a trend on the market.

How to correctly interpret signals?

The indicator can be used in a variety of ways.

1) the first method is based on finding and determining the moments that will be most optimal for the completion of the transaction (closing position).

In the case when such a known technique is applied, the signal indicating the closing of the transaction will be the fact that the indicator crosses the price chart, which indicates the start of the exchange turn.

The Parabolic indicator is an acceptable level for the installation of protective orders.

Using such a method involves finding points for entry based on non-standard approaches - such as technical indicators, price patterns, and so on.

Method number two actively uses the indicator in the role of reversal tactics.

With this method, the open position is opened, and a new one opens after it, which will have the opposite direction when the indicator crosses the price chart.

Such a technique is irrelevant among players due to the appearance of a multitude of false signals.

The third method is the next one, characterized by professionalism, and allows you to initiate not only the time that is favorable for closing deals but also the optimal time to enter the exchange.

This technique involves over-acknowledgment of signals - notifications require additional confirmation by some other technical tools.

Some additional indicators are included in modern technical analysis tools that successfully function together with Parabolic.

Choosing an additional instrument is worth paying special attention to the main issue is that the main tool option, which includes stop and reverse, is to determine the direction of the trend, and this goal is «implemented» by cheers.

The trader needs to give preference to those indicators that determine the strength of the trend (namely, such a parameter as strength, not direction).

It is this indicator that computes well the necessary parameter - the strength of the trend.

The strength of the trend indicates future changes, and a weak trend tells us that there is a probability that the market will remain in a flat state.

As for the index, it ranges from 0 to 100, but as practice shows, the boundary value of the index is 72.

- simplicity and accessibility when installing a stop-loss - follow-up order;

- the indicator has the ability not only to consider the price change but also takes into account the time;

- the system is relevant in that it can identify a trend reversal.

Such valuable opportunities can make the parabolic indicator a valuable tool of technical analysis - a complementary component tool (filter) for other technical indicators.

It is recommended to use it in combination with other systems: the higher the efficiency of the result at the output, the lower the number of false signals.

Deficiencies include the delay and the inability to create accurate signals when the market is in a flat state.

Practical studies confirm that the SAR parabolic system is capable of producing clear and truthful signals that accurately indicate a price movement reversal, provided a clearly expressed trend and creates a lot of imaginary signals in a flat state.
tags