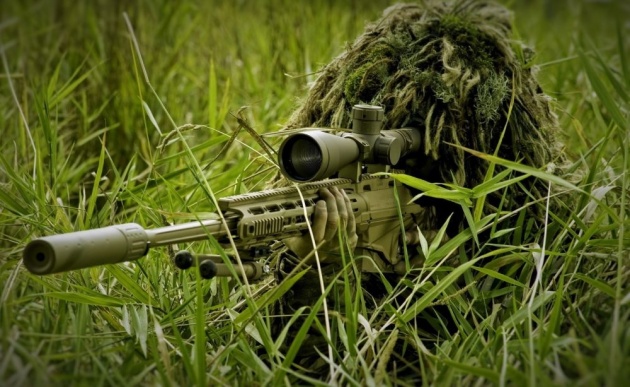 This tactic is unacknowledged, that is, a system that applies the basic principles of Price Action, as well as tools for technical analysis.
The creators of the strategy Sniper deliberately moved away from the use of indicators: this is because they are excessive derivatives of price dynamics.
Based on their statements, and the principles of Price Action, tactics developers assure that the most significant and best indicator is the price.
Trading on the strategy Sniper is carried out within a day, and it is advisable to trade on time intervals M1 and M5.
To analyze (analyze the exchange situation), timeframes larger, such as H1 and H4, are used in the market.
Applying this tactic, the trader will be able to familiarize himself with:
- turning areas, where the vast majority of merchants - sellers or buyers - have concentrated;
- will open for itself turning points;
- learns the clearest instructions regarding building resistance/support;
- Learn how the price works.
The principles on which the strategy is based in essence act as postulates, and do not try to change them: the best option is to adhere to the established rules without experimenting.
Typically, the Sniper strategy is focused on the M5, while the H1 system is used to find a global trend.
The levels themselves work on any chosen instrument, and therefore the player can choose the most suitable variant for him.
Basic principles and concepts of Sniper tactics.
The creator of trade tactics, Pavel Dmitriev, was able to introduce new trading terms in the Forex market.
Before using the system, it is necessary to get to the hatch concepts:
- highs and lows of the day (last day);
- impulse levels;
- the boundaries of a sharp change in trend;
- total impulse lefties;
- Banking levels;
- zone of consolidation and reversal.
As a rule, all signals imply entry into the deal at the end (from the above levels), but there are also signals for a breakthrough.
Consider these levels and signals in more detail.
Maximum and minimum degrees - the levels of the previous day are a powerful resistance and support: the whole reason is that these are psychological peaks.
As a rule, for these values, the price makes a U-turn, since the basic market rules are in effect (the exchange reads: Buy as cheaply as possible and, accordingly, realize more expensively).
For effective trading, we mark on D1 these values ​​by horizontal lines (levels), and then we pass to M5.
The main task is to search for positions to clear these values, and not to break down: thus, it will be logical to enter the market when the price has reached the minimum mark of the previous day.
For sale - if the quotation reached the record highs of the previous day.
The order stop-loss should be set on the line, not higher than the value of 25 points.
About impulse values, these levels function optimally on timeframes from M1 to H4. However, on D1, due to giant stops, their use is not cost-effective.
It would be more profitable to trade at intervals M5, M15.
So, the increased accuracy of the received signals, as well as low levels of stops, at the output provide good indicators.
Total impulse levels.
These levels are based on the history of trading, near which there was recorded increased activity in the past.
They can be detected on H1, H4, and often at local extrema.
Trade at these levels is based on the reaction of the stock exchange: if there is one around them, then it is necessary to open the corresponding deal - as a rule, it makes sense to trade for a breakdown.
If we talk about the levels of change of trend, a sharp change, then this is a collection of one or even more candles that have created high bars, with elongated tails.
These zones - the main, because often the price is from them bounce.
It is recommended to open orders in the opposite direction from the trend, and thus the stop order should not go beyond 20-25 points (from the starting point).
How to work with this system?
Basic principles
- after the final choice of the instrument, first of all, open the corresponding chart, and mark a pair of total impulse levels that are close;
- go to the graph of M5 or M1, where there will be three, and determine there the trend that is present at the moment. Trade is necessary only if the trend is reversed if the price rushes up, then the optimal solution is to enter the sale;
- Monitor the asset chart, and after that (based on the price movement), it is necessary to create impulse levels.
The signal that comes from these levels, against the trend, will indicate that you need to enter the position.
Also, remember some important rules of the strategy, and stick to them:
1) do not trade in the middle of the price movement;
2) do not trade without the use of stop-loss;
3) it is better to implement one maximally effective and accurate transaction - sale or purchase, than several incorrect ones;
4) it is recommended to keep a diary of transactions, regularly analyzing it;
5) in case the loss of funds for the day was approximately 10% of the deposit capital, it is better to stop the trade and refrain from active play.
6) the level of volatility suitable for trading should fluctuate from low to medium;
7) 20 minutes before the release of important events, it is necessary to close all transactions and start trading on news.
Among the main advantages of tactics can be identified lower risks: the level of stop-loss is not directly outside the predicted profit margin.
By the disadvantages can be attributed to the fact that the system is a fairly large number of indicators.

Trading on the strategy Sniper is carried out within a day, and it is advisable to trade on time intervals M1 and M5.
tags