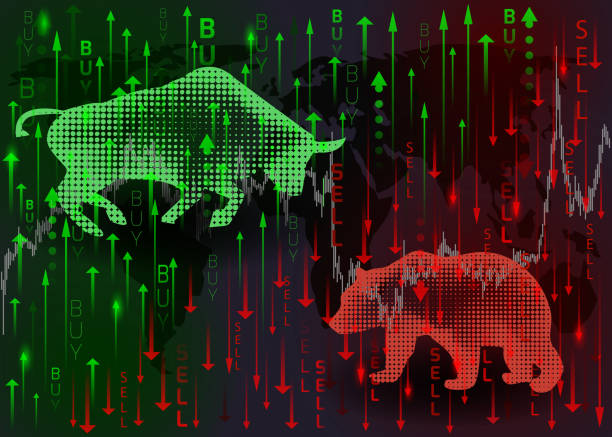 Who are bulls and bears in Forex?

For most novice forex traders, the term «bulls» and «bears» means players who in their market activity use the opposite strategies.
But let's take a closer look at the role of everyone on the financial trading floors.
1. History of occurrence
These terms were recorded in the eighteenth century, thanks to one famous satirist, John Bull, who created a whole series of pamphlets, and in one of them, both heroes fought without sharing anything on the stock exchange.
Since the eighteenth century, traders began to call themselves «bulls» and «bears». But on the other hand, there is another version of the origin: the Dodgers that tried to sell securities that they did not possess, called bears, and their opponents - bulls.
But regardless of the version, these terms surely entered the market dictionary of traders and began to personify the opposition and the positions of players.
2. Tactics of bears
In the market trade, this concept relates to exchange players who choose tactics and work to reduce the asset (or security).
They choose to implement their tactics those tools that in the near future should fall in price.
The fall in asset prices is often tied to the release of unfavorable corporate news, changes in the power of management, or other similar negative factors.
Taking into account the monitoring of such news and events, bear players use their tactics to borrow the company's assets on the market (at a fixed price), and then immediately seek to sell them, based on the future reduction in the price of these shares.
The income they have, net of commissions for the transaction.
Using this tactic, bears can receive the highest profits from all traders on Wall Street.
3. The Bulls and the Bullish Strategy
The main reason for the bull strategy of the players is to acquire such instruments of the exchange, based on the forecasts of the growth of their value in the future.
In the event that expectations and valuations of bullish players are confirmed, they will have an income in the form of a margin - the profit from the price difference between buying and selling.
By other owls, bulls are investors - investors that have again on the acquisition of securities at a minimum cost and sell them at a price peak.
And consequently, the market on which we can see a favorable situation - the positive dynamics of all economic indicators, is considered bullish.
In the period of a growing stock exchange, it is fairly easy to choose investment objects for yourself, but in spite of this, it is often very difficult to identify the time when it is worth starting the sale of assets in order to exclude revaluation of assets and prevent it.
4. Famous «bulls» and «bears» of markets
Since the Forex exchange is in constant motion, and all market participants
watch closely the slightest nuances in the change of market sentiment.
And consequently, the tactics of traders change, depending on the stock market sentiment.
With these goals, namely, to achieve good results in the game on the exchange, in trading it is necessary to apply flexible tactics, and in moments to reformat: «bulls»  become bears, and vice versa, «bears» change behavior and choose bull tactics.
However, it is worth remembering that you can choose a neutral position and wait for a favorable moment before implementing your strategies and plans.
Successful trading!

Since the eighteenth century, traders began to call themselves «bulls» and «bears»
tags