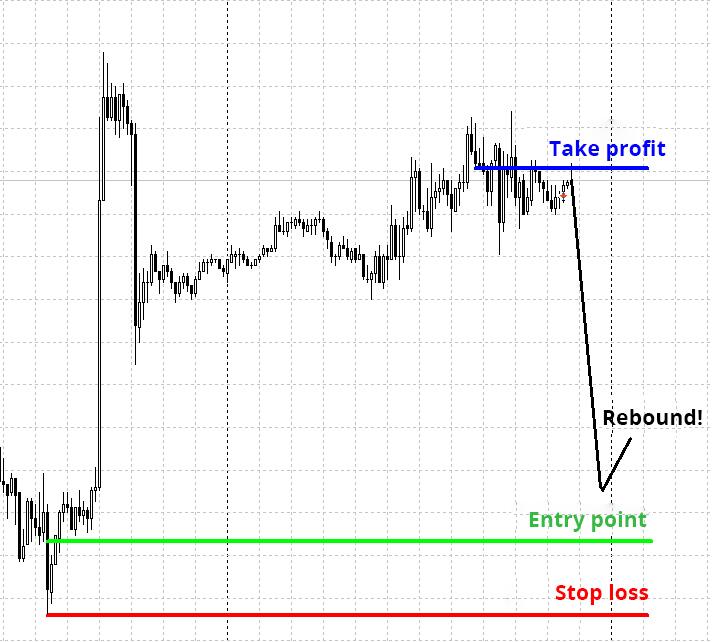 The use of such market techniques as locking positions makes it possible to make the right decisions, coming out of difficult situations with ease. Initially, locking was intended to protect the deposit from losses. But if we talk about the practical use of this tactic, we can distinguish such features:

2) instead, it is necessary to open the opposite position - with an identical volume (lot);

3) in the end, when the reverse transaction is opened, the player's losses are normalized and fixed until the moment of exit from the lock.

As for the positive type of loc, we can focus on the following points:

1) an open deal is in positive territory, but the exchange itself is close to the state of rollback (correction);

2) at the start of the correction, it is better to open a deal that will be directed in the opposite direction, and have the same volume;

3) after the correction is completed, the lock transaction is closed with a positive result for the player, while the bulk of the open position functions further, increasing its net earnings; Considering the positive option, it is also worth noting the entry conditions when opening a position of a similar nature. It involves the consideration of such important aspects as key price levels and confirmed notifications regarding entry. Zero locking option provides for the installation of a pair of pending orders, which are directed to the opposite sides. This operation is performed at a time when the market is characterized by consolidation - there is a side component on the exchange, and for this dynamic to determine the future direction of the vector of its movement - the task is not easy. In this situation, pending orders are set at a fixed distance from the limits of the flat. Following the directed movement of the quotation, and the triggering of one of the orders, another application (deferred) will be deleted. This technique - the zero-lock tactic allows the trader to catch the market, using such luck in any direction and with benefit for himself.

The most important and distinctive moment for the tactics of locating positions under consideration will be the exit from the castle, something that implies the closure of the trades locked by the trader. Exit from the castle is connected with a large number of difficulties and obstacles for the trader. To avoid problems, consider a specific case - a situation where the trader made a sale at a minimum, and made a purchase at the maximum, and therefore became a happy owner of loss-making positions. In this case, its main goal will be to leave the castle with minimal losses. Such a process involves the following actions on the part of the player. - expectations of the situation when the course will go beyond the boundaries of the loca (one position should go to the zone +); - closing of the profitable position (in case we see a signal about the forthcoming price reversal); - the pending order setting is slightly lower than the predicted turn point before the completion of the profitable trade: such caution on the part of the trader will be very useful if the reversal point has been incorrectly determined and the movement itself continues. In a situation where the quotation performs the expected reversal and the minus on the second operation decreases smoothly, the player should only wait until the value of the fixed profit and financial losses are identical.

Once this happens, the player should just close the operation. If we talk about loka on trend movement, then this technique implies the following aspects: - after the quotation comes out of the limits of the lock, you need to wait until the correction occurs; - the next stage is the installation under the correction of the pending order, which will be located on the trend; - within the limits of the loca, above the extreme correction point, it is worthwhile to establish a deferred order (the order vector will be reverse). In case the trend recovers, the player will receive only one position, which will be negative, while the two deals will be in positive territory.

The advantage of this tactic is that it provides an opportunity to effectively combat the complexity of the entry against the trend. With an impressive lock it is worthwhile to apply such a drop-out as the splitting (division) of orders. The use of this technique allows you to reduce the drawdown factor and for a couple of actions to reduce the volume of the loka, and then - to close the lok itself. Here are the main points of this technique: - To reduce the pressure on the deposit, you need to wait until the quote leaves the lock; - correction is necessary: ​​for this purpose it is possible to use indicators or similar means of technical analysis; - after a potential reversal point, the lucrative position should be closed; - Below is a fixed number of orders, their direction is identical to the vector of the closed operation.

If we talk about the size of the lot and the step between them, then they are relative - it all depends on the timeframe or volatility of the selected pair of currencies. The total volume of the above orders should correspond to the remaining unprofitable operation. Results. Pros and cons of the lock strategy. So, advantages: - maximum convenience from the point of view of psychology; - A trader can wait for periods that are characterized by wavy adjustments on the chart; - there is no sense of time deficit. Among the disadvantages is the complexity that arises when you exit the locks, increasing the cost of commission based on a large number of transactions. But with the right market analysis, the application of technology gives good results.

The advantage of this tactic is that it provides an opportunity to effectively combat the complexity of the entry against the trend.
tags