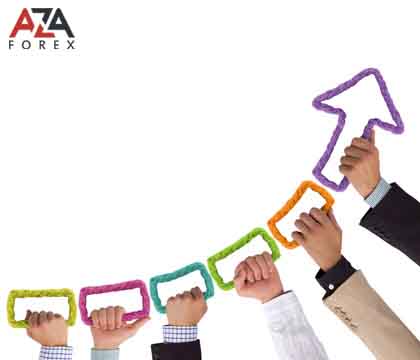 Lots of books were written on how to earn at foreign exchange, commodities, futures and stock market. Tons of paper and barrels of ink spent, to convey to the basic tenets of traders and trading methods. Only ones out of a crowd listen to good advice, but most still start to "reinvent the wheel" and begin their path for trader, filling their own cones. Other experiences have on the trader's mind not such a strong impact, as its own. But, as the proverb says, a smart learns from others' mistakes, but a fool on his own. And we, traders, including myself, prefer to look clever, to make their own mistakes and pay for them out of pocket. After many years of searching for the right path in the exchange field, come back to the roots - for simple things, forgetting that many of us rushed into the fight with the market.
But, in fact, everything can be reduced to a few rules, following which you will be in profit.
The first tip –Trade in trend.
Seems like everything is clear. Everyone starts to read clever books, and first of all meet this term. Yes, everything is clear, let's go further. Stop! It is very important. Trading against the trend is like that go the rails against of the train. Billions of dollars are turned around at the world markets during the day, so you with its few thousand will not noticeable. Nobody cares about your opinion about the direction of movement of the price of the trading instrument, if you go against the crowd. You may be a genius, and be super economist and financier, but this market does not care. There are only two right options how to act - go with trend or stand aside. Going against is a trading error.
Yes, I also made this mistake, at the beginning of the way of trading, and often went against the market, looking for highs or lows movements, considered myself smarter than the others, feeling the end of movement, and waiting for roll back. But each time I received a slap and could not understand what I'm doing wrong? Only after a couple of years of trading, I realized that it is much more profitable to go with the crowd and did not argue, than to go against. If you look into statistics, the trend in 70% of cases will continue, in 30% will turn around, or may withdraw into flat, or, whatever you do, still drank. It is much better to go to position and ride with the market on a fairly long distance, and at the same time, adding to an existing position, than each time set little targets, and at the same time, get a few minuses.
Only trade with the trend! Remember this and do not make mistakes again, like other traders who have already paid for this lesson.
In next article we will look at other useful tricks and techniques that will help those, who really came into this business with serious intentions and plans to make money by trading intelligently.

Only trade with the trend! Remember this and do not make mistakes again, like other traders who have already paid for this lesson.
tags

This offer is available to all clients and is valid for one new personal or corporate account opened before November 1, 2020.