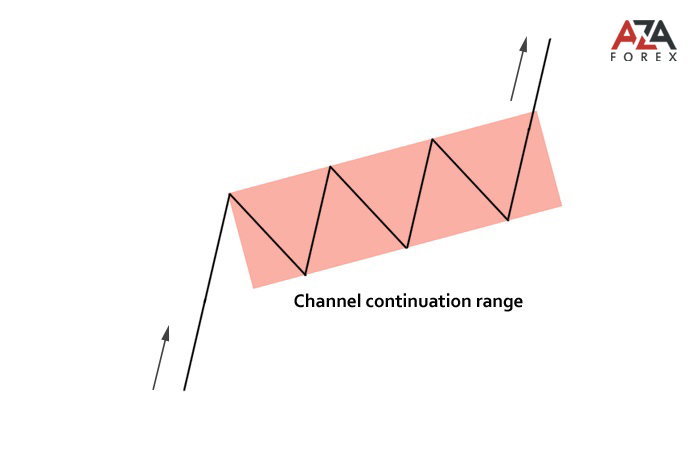 What is the price channel? This is a kind of corridor, a zone that is formed due to the movement of prices, enclosed within imaginary lines along the three main peaks (points) of the turn. This corridor occurs at a certain point when the price reaches a certain limit, as well as known levels of support and resistance. That is, the price channel is nothing more than a zone of price fluctuation on a fixed time interval. Also, the price channel can be positioned as a certain space on the chart, if we consider a chart of a currency pair that is limited by lines. One of the lines is responsible for the minimum price values, and the second for the maximum. This concept of forex trading as a price channel well determines the direction of the trend of the exchange, its volatility, if one starts from the appropriate time interval, and the trade itself is considered to be the most popular tactic of the forex market. The construction of this corridor contributes to the analysis and evaluation of trend dynamics, again, focusing on the time interval. How to build such a channel? As a rule, the boundary zones for the channel, the support and resistance lines are used. It is they who unite the most important points - the peaks of the minimum and maximum on the price chart. Lines cannot be built in parallel, that is, the channel can narrow or expand, which is actively used as a dynamic property of the market. To build support lines, we take the minima that matter at our working interval, and then we combine them. Similar to the lows, we connect the maximum price values, eventually obtaining the price channel we need. And further, we already estimate in which direction the trend is moving. Opposite price movements directed against the leading trend will act as kickbacks (correction of the exchange rate). This nuance should be given attention, since, when setting the stop loss, it must be remembered that the order should be more than the maximum value of the correction. In the process of construction, a trader can use a tool such as a channel indicator. With this tool, you can make it easier for yourself, because the indicator builds automatically. The channels themselves can be divided into the following subspecies: 1) sliding channels. They differ in the non-constant direction and width, and on the graph, you can observe the restrictions by straight lines; 2) curvilinear channels: they are based on moving averages; 3) channels with rectilinear boundaries; 4) trend, they are limited by a line of support or resistance, and some segment, conducted in parallel; 5) without trend, in other words, the price band. To date, in the forex market, many strategies are based on the channel, and allow profitable trading, after its construction: 1) strategy for the breakdown 2) on the kickbacks. The trading strategy for the breakdown is based on expectation. If the price makes a tangible jump and breaks through the support or resistance line, you can successfully apply this tactic. At what, trading is realized using deferred orders, in the opposite direction from the trend. They should only work when the trend reverses (a well-known strategy is a rebound from the level). Tactics given kickbacks involves trading in the direction of the trend, or countertrend trade. The latter is typical for scalpers. The trading position itself should be opened immediately after the price reversal when the price unfolded inside the channel and a new movement started. The channel itself, which was built, is also used to form tactics, and as an important tool of the technical method, if we analyze an area of the forex exchange. As for the price channel, the following characteristics are distinguished: 1) the average channel; This parameter is calculated as follows: exactly half (50%) of the entire channel height is taken and a third parallel line is constructed, at the same level, which will be determined as the middle line of the channel. It can also be used as a support and resistance line. 2) the number of touches The more their number, the more powerful the line. By building a price channel and analyzing its parameters, a trader can more clearly assess the market situation, and therefore, trade more profitably, using the appropriate trading tactics.

In order to build support lines, we take the minima that matter at our working interval, and then we combine them.
tags