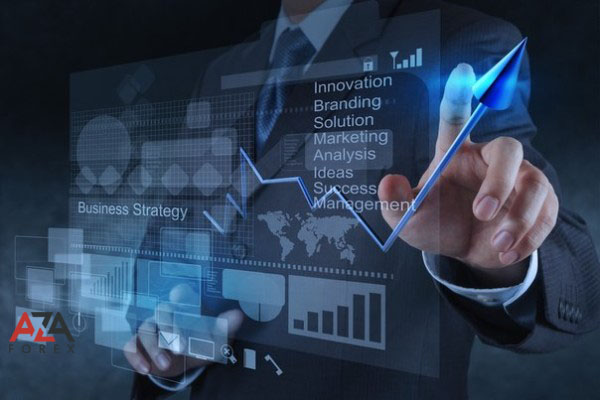 How you can correctly read Forex charts?

Probably for any trader it's no secret that without training and knowledge of the basics of trade, important terms and concepts, the ability to analyze the market and make predictions, successful trading is not seen as their ears. To such important, training moments, necessary for each trader, belong graphics, or rather the player's ability to correctly read them. Replenishing your knowledge and learning to understand forex charts correctly, the trader will be easier, his transition from theory to practice will not be so tangible, and it will be much easier and easier for him to practice on both the demo and the real account. For a beginner, it's best to start with the basics of trading in the foreign exchange market, because they have the most direct relation to forex charts. So, let's start with the basic concepts in forex trading. Such a forex trading tool as a currency pair is quoted identically, always by the same method. What does it mean? If we consider a currency pair, EUR / USD, then the pair has two currencies: the base euro, and the secondary dollar as it is in second place. So it was always and nothing else. Consequently, the chart of the euro-dollar pair can show us price fluctuations at the current stage. For example, price fluctuations are 1.2155, which means that for one unit of euro, you can buy about 1.2155 US dollars. And the nominal value is the size of the transaction for the trader is none other than the amount of the base currency that the player is trading with. We pass to the main stages, which make it much easier to read the charts on the foreign exchange market: 1) if the trader purchases a pair, that is, when buying a currency instrument, he takes a long position, he should automatically expect the profit of the pair rise (up on the chart) to obtain the desired profit. And this means that he needs the base component of the pair to increase relative to the quoted. Or, in the case of a sale, when a pair is sold, but a short position is already selected and consequently there is a fall in the pair on the chart, so you can earn a profit on the sale. That is why it is extremely important for the trader that the basic component is weakened relative to the quoted currency. Here nothing is difficult: be attentive to the charts and watch the movement of the pairs. 2) Check the time interval: check whether the period is displayed correctly. Such control is necessary because many trading systems use different time limits for calculations and for determining entry points in a position. Four hour or half-hour charts can be used to determine the movement and direction of the pair. This is determined by the system based on the indicators: the convergence or the divergence of moving averages, the indicator of the moment or the levels of support and resistance, and then a five-minute chart is used (to find the input: the increase is sought after some market drop). That's why, for a trader, it's so important to monitor the situation and to confirm that the chart under analysis has the correct time limits. To implement such a check, you need to establish the correct time frames for the chart, as well as set the indicators for the trading system (the settings and settings are saved and then used later). 3) As a rule, on most of the forex charts, the bid price is shown, and not ask. But do not forget that the price-setting is based on the offer of ask and bid. For example, the price of the euro/dollar pair at the current moment is determined at 1.2055 bid and 1.2058 ask, and when the trader is trading, he concludes transactions for purchase at the asking price (it is higher from the spread prices), and when he sells, at the bid price (Because it is lower). When a graph is used to find entry and exit points, you need to set an order to sell, and when the price on the chart reaches 1.330, it means that this is the actual price at which you want to sell, if there is no slippage. But at the same time, when an order is placed to buy, and when the price on a chart of the same value, it means that the purchase takes place at 1.3333. This is due to the trading system. It often sets the indicators: weather orders meet the price on the chart or you need to add a parameter (buffer) or sale or purchase On modern trading platforms, when placing an order, you can choose stop at an ASC or stop with a bidet. 4) do not forget about time and specific time zones. The time that is indicated from the bottom of the graphs directly relates to the time zone for which the graphs were created. That is why it is recommended that a trader have hours available that shows world time and then translate time-based on different time zones. This is relevant when trading on the news. It will be necessary to translate the release time (to the local format), and to convert the time of the chart, so we learn the time for trading. 5) check compliance of time on graphics of time of opening (closing) of a bar. Bargains have to be concluded the first minute after the message, and by no means, not by a candle later. These 5 points will be useful to traders not only when reading schedules, but when trading: they will help not to make typical mistakes during the studying of schedules, the analysis and will render advantage in control of the effective system for trading. Successful training, effective reading and profitable trade!

Replenishing your knowledge and learning to understand forex charts correctly, the trader will definitely be easier, his transition from theory to practice will not be so tangible, and it will be much easier and easier for him to practice on both the demo and the real account.
tags