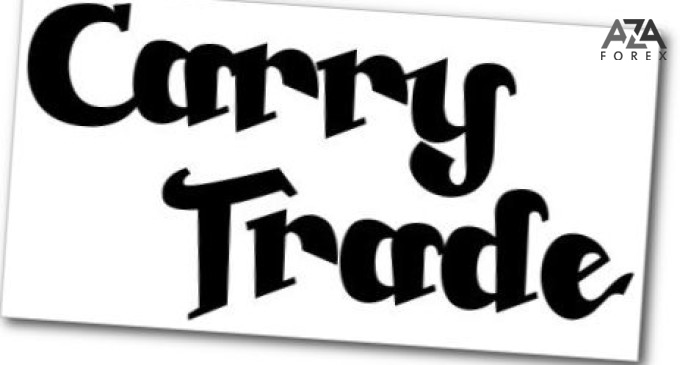 This forex strategy is a very interesting and specific strategy for the foreign exchange market. The very name of the tactic has to do with the English verb carry (carry or carry). The sense of the carry-trade consists in extracting the profit, which is obtained from the transfer, the value date of the transactions is transferred to the next trading day. Choosing trading tools - currency pairs, you need to choose for transactions such that the interest rates for the selected currencies were very different. The strategy is very beloved by the players of the exchange, the profit is obtained from holding its position. But the main condition for effective implementation of the strategy is the absence of significant fluctuations in the market. As it was said above, the carry trade strategy is used by currency traders and forex market speculators for making money by making a difference, the income is obtained on the difference in interest rates. As for rates, they are set by the Central Bank. The Central Bank sets the level for rates, and traders, in turn, make money on the difference in rates. The strategy works, with the use of leverage and a loan: the player borrows the currency, with a low yield indicator, to acquire a new, different, more profitable currency. In the language of forex trading, this means that the trader takes a long position to buy a currency pair with a high-interest rate. Typically, exchange players choose the AUD / JPY currency pair. This is because Australia sets a high-interest rate if one compares Australia's national currency with other freely convertible currencies, and Japan has a low-interest rate (one of the lowest) if all major currencies are compared. If you buy a long position of the currency pair AUD / JPY, applying the leverage, then the next day, the trader will receive a profit due to the difference in interest rates for the two currencies. That is, he transfers his trading operation, and receives profit in the form of income, while profits multiply in connection with the use of leverage. To maximize the carry trade strategy for the player, a higher-yielding instrument (currency) should be a stronger or at least stable, relatively less profitable currency. In other words, for successful implementation of tactics concerning the AUD / JPY pair, the Australian dollar should strengthen its positions relative to the Japanese Yen (the exchange rate should remain at a stable level). And you do not need to earn anything using your funds, there is no need for an increase in Australian quotations relative to the yen, you need to make a profit on the difference in interest rates. As long as the level of return on a more profitable currency remains at a stable limit, you can apply this tactic and earn, just before the indicator on profitability does not lose its positions, a relatively less profitable instrument. The strategy is effective in the period of minor market fluctuations: at a time when the quotes of currencies are moving in a certain direction, or during a period of stability, a good economic uplift, at the stage of growth, when negative factors and shocks are at a minimum. So it is easier to maintain the trend and at the moment of economic activity, its growth and positive dynamics, interest rates are most likely to grow. The increase in interest rates leads to the formation of a significant difference, and consequently, the player has a chance to earn. The strategy should not be used in a period of significant fluctuations: it is more difficult to predict the trend and to predict the market's reaction to the news (change of direction). Also, the strategy is inefficient at the stage of economic difficulties (the range between the Central Bank's rates is reduced, they are simply cut down) and it is practically impossible to make money. We wish you the successful use of the strategy!

As long as the level of return on a more profitable currency remains at a stable limit, you can apply this tactic and earn, just before the indicator on profitability does not lose its positions, a relatively less profitable instrument.
tags