Trade on the news 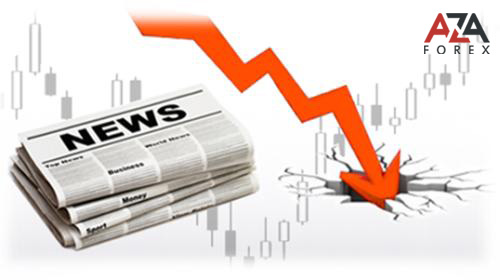 Trade on the news

Forex trading using news is a fairly simple method, which is characterized by simple techniques. The main advantage of forex trading on the news is that for the trader (with the right approach) is easy enough to get fast money, while the risks are very low. Financial markets are very interested in that news and events that somehow (directly or indirectly) affect the situation in the world, changing the macroeconomic situation in a certain state. News is characterized by a degree of importance, but forex events can be either planned (expected) or sudden. News that is characterized by suddenness, it is difficult to predict events, which are least expected by analysts and traders. A good example is a decline in the euro in 2013 against the dollar. It would seem that there was nothing seriously affecting the currency, but everyone subsequently learned about the difficulties associated with Cypriot banks. Therefore, experts and professionals of forex trading strongly do not recommend trading on such spontaneous and hard-to-guess news, which differ in sudden and unstable character. What can not be said about planned events: trading with the expected news is another matter. As for the expected news, there is a graph of their entry on the forex. Any trader should know that at certain numbers and times, the expected data and macroeconomic indicators come out. These include: 1) unemployment information and inflation data; 2) data on interest rates; 3) indicators on GDP and industrial growth. These are the most important and expected data that a trader can safely use in his work, successfully implementing news trading on Forex. But to predict the positive or vice versa, the negative nature of news is almost impossible. As well as to predict the relevant reaction of the exchange on this news. It happens that for positive events, the forex market meets a decline, while negative news stimulates its growth. Therefore, for a currency dealer, there is a recommendation: you should never open a transaction before the release of important forex events. If you choose to trade on the news, do not complicate your task with forecasts, you need to be aware of the market and monitor price changes. But how to correctly use the news to get profit on them? The first and most important thing is to determine in advance the time of the planned news release. For this, there are special market instruments: an economic calendar and a news line (the time for the event to exit, as a rule, is indicated by the Central European, take into account this nuance). The second aspect is the choice of the currency pair needed for trading. When choosing a pair, be guided by the news and their relationship with the state: if the event directly relates to Canada, you need to use the Canadian currency (to the US dollar), if to Europe, then euro to dollar. The critically important point is the issuing of orders. Bai stop orders are issued in advance, 15 minutes approximately 15 points higher than the current price. The order sell stop is 15 points lower, and the pending stop-loss order is 10 to 15 points. To implement the technology, you can use the 5-minute chart of the euro-dollar currency pair. Choosing a method of news trading, consider such moments as spread expansion and slippage. Expansion of the spread indicates that short-term operations are fraught with significant costs for the player-the spread expands two or more times during the event exit time. Slippage is fraught with the opening of a deal at a price worse than the one indicated by the trader. The stop loss increases and the size of the possible profit decreases. But even despite certain shortcomings, trading on forex news is a popular method of work for many. Use this strategy in combination with others, and you will not only always be aware of the expected events, but also learn to use the methods of fundamental analysis!

The main advantage of forex trading on the news is that for the trader (with the right approach) is easy enough to get fast money, while the risks are very low.
tags