What is the trend 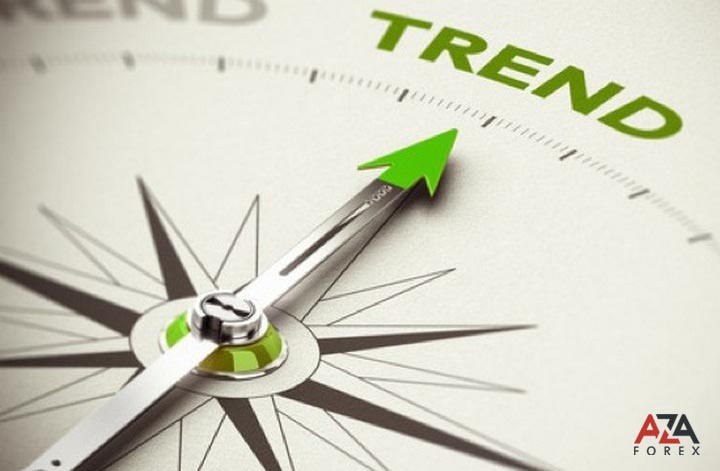 What is the trend and what it is

Trend - translated to English means (trend - a tendency). In the financial sector - in the direction of the price movement on the stock exchange, the rise or fall of the assets. Prices on the exchange are moving chaotically. That determination and the direction of the trend is a major challenge for the technical analysis of the Forex exchange. There are three types of trend: - Bullish -. (" Bull" It is so-called because it looks like a bull butting horns price from the bottom up and the price is constantly increasing. The signs are - each successive rise more than the previous, and each successive recession lasts longer. If you draw a line through the minimum setbacks, it will be a kind of support for the trend movement, then call it " support line. - Downward trend or " bearish. Here, as a bear paw pressure on prices, and prices are falling. It should be below the maximum and minimum of the past. The trend line is drawn through the highest peaks, which is considered the boundary for the growth of the top prices. This line is called the " line of resistance." - Side (Flat), this kind of trend is different from the other with the absence of pronounced price fluctuations, and schedule as it moves horizontally. This trend is no sudden jump or a fall in prices. But the support and resistance lines here also work. Such a direction of price movement happens infrequently. Determination of the trend. If you draw a straight line through the highest point of raising prices and through maximum downs - are called trendlines or price channel along these lines, traders usually monitor the development trends in the Forex market. The trend line is usually carried out in 2 maximum peaks or 2 minimum recession. The third point - is common, it confirms the movement. As long as the trend line has been crossed, the trend is going in the same price category, maintaining its direction. The more points the course of the curve fall on a straight line, the stronger is the trend line. When they break through the boundaries of the trend happens, the time comes to price consolidation. This is the price moves in a horizontal direction. There are several ways to determine the strength of a trend - The longer the trend maintains its position, the stronger it is, but everything has an end, - The trend line is steeper, so it is stronger. - The length of the flat trend has every chance to continue; - Very cool trend can also abruptly change direction; Every trend has its phases. Phase I For a start, a trend or a phase of accumulation is typical that forbids comes only experienced and biggest players. They are always the first to know that this or that trend decreases (weakens), and begin to take profit or open opposite positions. This period comes immediately after a long fall. In the first phase, there is always a reason, which led to a change in the trend in the market. Phase II. The public phase/phase of participation. After a while, there comes a time when the bids come in the basic merchants - smaller players notice the change in the trend and start the game. This is the period when the money is made. In this phase, there is an acceleration of the trend. Demand generates the price. It may be several phases. It depends on many factors and the situation on the stock exchange, if all participants have noticed the trend and joined the bids, etc. is 2 or 3 such phases. Phase III. Implementation / fixing profit is characterized that big players are retreating, they decided that they already earned, or insider gave them information about the change of trend. This is the most dangerous moment for a deal. Since the trend and also the number of transactions is beginning to slacken. Experienced players are going out of active trading and are waiting. At this moment on the stock exchange may appear flat. The opening of transactions in the third phase is extremely dangerous. Only players who delayed a deal for a long time and saw that miss their chance may enter transactions. Typically, they are buying shares from traders who have already managed to capitalize on them. Phase IV - bearish trend, it is dangerous for those who are in a long position (not decisive players started the game in phase 3). And we can submit the results of trades? Namely, a huge disappointment. Trend always retains its position until the obvious reason to change happens: the fundamental, objective, subjective (or speculation out of the market) are clear reasons for its change: the fundamental, objective, subjective (speculation or exit the market).

To begin with, a typical trend or phase of accumulation is that only experienced and largest players come to orders.
tags