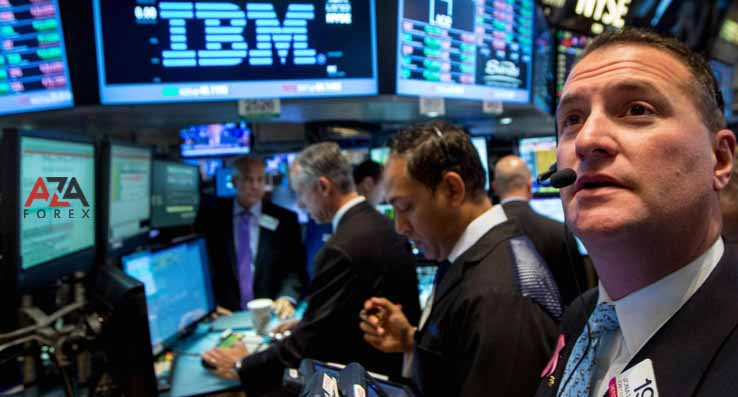 About the stock exchange market

What does not kill us - makes us stronger.   Said trader pledging his flat. Wall Street. It is hard to imagine what is going to happen in the world, for these two words have ceased to mean for most people, what they meant yesterday, mean today and will continue to mean tomorrow. Yes, I think this is - clichés, a stamp or a common noun. You can call it as you like, but the meaning remains the same - this is the most important street in the world, without exaggeration. This is a street, along which runs daily humanity in the way of their progress. Neither natural disasters nor September 11 can stop this powerful mechanism. The heart of this is the NYSE (New York Stock Exchange). Here in the heart of civilization, combined with the best equipment and technology. Shares of more than 4000 largest companies listed on the exchange, this is more than USD 16.6 trillion per year. Each trading day operations on the sale of shares in the billions of dollars perform, and they are held by more than 200,000 investors. But all this is just numbers. Let's ask a trader, why is he here? “Exchange trade, by itself, has been existing around for a long time. And it has always been attractive to extraordinary people finding their way in this life. But with time, technological progress has brought to trade something new, something different. I'm talking about business, online business. Due to globalization and WWW, a lot of opportunities has appeared for brave and highly motivated people to find use in online technology. Conventionally, I have divided the people into two categories: translators and receivers, creators and consumers. Of course, in the broadest sense, we all consume something, but I’m speaking not about this. I mean that either the man himself determines the course of life, or someone else makes this. Either you take the decision, or is it someone else who does it for you. Many people to facilitate their lives, pass the buck to someone else. They don’t understand, that the one who makes decisions for them, always act in his interests! And so their life as flowing and will flow further - by ...“ What creates the attractiveness of the stock market for investors? About 40% of US households are shareholders of large companies. In this country investment culture is developed. Especially because any person can get access to the market. Equities reveal the essence of the realities of companies. It is a world with its own rules, secrets, puzzles, and even miracles. Thanks to technology shares and dry statistics the macro and micro indicators comes to life and becomes an exciting story of struggle and survival of the competing companies. The economy has become one of the fascinating fields of activity. It is understandable why we associate the stock market with speculation. But it is a small part of an interesting game. The margin received by the trader - it's just the result, the result of explosive neck perseverance, professionalism, focus, consistency and persistence. Remember the movie National Treasure, or any other, where the heroes are chasing artefacts. How exciting and incredible adventure is searching and studying! The market is experienced with similar feelings. Only the result is more tangible in the form of earnings.   This is a striking mechanism. The reaction of investors and companies is due to the mutually beneficial cooperation. Often the sense of the Stock Exchange is reduced to speculation with shares, that is, to commit to purchase-sell transactions of assets for profit. Everything is much deeper. From where the shares are coming from? Shares - is just a loan of a company coming from investors to carry out its economic activities. Companies such as Microsoft and Apple were able to develop according to the investment of third-party capital. It's basic economics. New York Stock Exchange - the only thing that deserves serious attention? Come on! Of course not. Particular attention should be paid to NASDAQ. This is also the American Stock Exchange, which specializes in high-tech companies’ shares (electronics manufacturing, software, and so on). One of the three major US stock exchanges (along with NYSE and AMEX), is a division of NASD, controlled by SEC. Exchange owner - US company NASDAQ OMX Group. Apart from NASDAQ, it also owns 8 European stock exchanges. I also note FOREX - the interbank currency exchange market at free prices. By the way, on the NYSE the trading takes place directly and physically, and the NASDAQ is an excellent example of an organization of electronic trading. What can you say about millionaires emerged from the trading environment? I would say that there are a lot of them. I will not list their names. Anyone can use google search. Naturally, the lives of these people in the eyes of an ordinary person seem unfathomable and fabulous! But I purposely said normal in quotes. Because of the scope of this “simplicity” every man sets by himself. The world is large and full of opportunities. And sorry for the cliché again - until someone is looking for an excuse for his inaction, I make my own life.

Each trading day operations on the sale of shares in the billions of dollars perform, and they are held by more than 200,000 investors.
tags