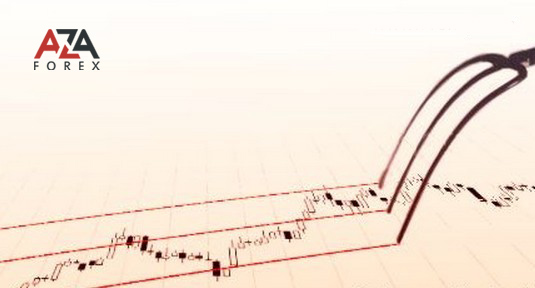 The creator of the instrument was Alan Andrews. He was born in the family of a broker (owner of a brokerage office), and literally from very childhood absorbed the basics of exchange work and trade in the markets. Then, having received an education at the Massachusetts Institute of Technology, Andrews also conducts the affairs of his father. By the end of the 1920s, Andrews was able to earn his first capital - a million dollars. For a long time, Alan Andrews kept secret his strategy and trading system, which worked efficiently and brought him success. He began to disclose cards when he began to conduct stock exchange business seminars. This happened in the 1960s. In his methods, the trader actively used various updated and modernized methods of analysis (Roger Babson's analysis methods). They also provided an opportunity for Andrews to predict the collapse of the stock market in 1929. Consider the details of Andrews' pitchfork, or more precisely how they should be used in trading. Andrews pitchfork is used to build the main price channel on the trend market, and also to divide it into two parts. The lines that are created based on state nothing less than support and resistance, showing the degree of probability that the price will depart from the line and go beyond the price corridor. The method of construction is as follows:1) determine (on the chart) the price reversal point (for example, point A);2) from the chosen point we draw a line that goes to the next significant point (turning points, for example point B).3) the construction of the third line comes from a significant point, which was formed earlier (for example, point C). Based on be divided into two halves: the distance between A and B is divided into two equal segments. The straight line that was drawn from point A will be the midline, and the straight lines from points B and C will act as the fork teeth. As for the Andrews pitchfork, the trade in the price channel is very similar to the trailing, which is based on the application of pitchfork. The prongs will act as the leading channel, the exit from it can lead to a price reversal, or the strengthening of the trend. From the parameter, such as the strength of the channel, the importance of its breakthrough depends.The middle line helps to understand if there is a slowdown in the trend or whether there is a likelihood of a reversal. A favourable place favourable the position will be nothing more than reversals on this straight line, which are oriented towards the leading trend. If breaks in the direction opposite to the trend, you either need to exit the transaction, or fix a part f the income. To build forks as accurately as possible, it is better to use rather large timeframes. Typically, a tool like Andrews' pitchfork is used in conjunction with other forex analysis tools. According to Alan Andrews, it is necessary to conduct in-depth price analysis and calculate the waves and also apply some rules and methods to calculate the probabilities. For example, developed based on forks, the indicator of the pitchfork Andrews helps the trader in work. Using this indicator, you can create shapes for analytics, on specially selected periods.

Andrews' pitchfork is used to build the main price channel on the trend market, and also to divide it into two parts. The lines that are created based on pitchforks demonstrate nothing less than support and resistance, showing the degree of probability that the price will depart from the line and go beyond the price corridor.
tags