Strategies for analyzing the ratio 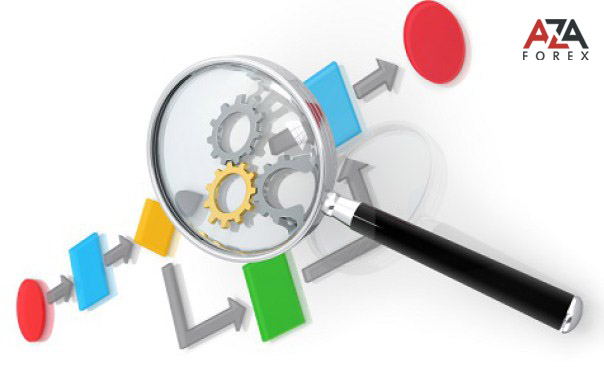 3 strategies for analyzing the ratio of open positions

Along with the analysis of open positions of traders, there are strategies for analyzing the ratio of positions. Based on their basic principles, you can make trading decisions or apply them as additional signals for your system. In the role of tools, you can actively apply graphics or analyze data from a glass of orders. Your attention is represented by three tactics, which are based on the long-term, medium-term and short-term nature of the analyst attitude of the positions of the exchange's players. Let's consider, more in detail, each of the types of analysis strategies for relationships. Long-term strategy This version of tactics is based on such a postulate of the market: the market is always in motion against many of its participants. Such principles of market trading are very real. Smaller finances, which are more in total, must resist and lose smart finance, i.e. Large sums of money. Since the style of the strategy is long-term, it means that the signal for entering the forex market arises at a time when the ratio of players' positions, for most of the brokerage companies, exceeds one of the variants of traders, for example, gives a preponderance to the buyers. In such a situation, the auction should be conducted in the opposite direction from the majority of participants, i.е. in the opposite direction from the opinion of most traders. The generated signal has rather high parameters on the duration and can proceed as some months, and half a year and even the whole year. If we think globally, we have such a principle - opening a deal against the crowd, we open it in the direction of the trend. For a more illustrative example, we can consider the graph of a popular pair Euro / Dollar: on the chart, there is an imbalance - the superiority of the ratio in one of the parties and acts as a quality tool (trend indicator). Positive aspects of tactics: 1. Relative ease of use; 2. The cost of time is minimal; 3. Trade is, as a rule, in the direction of the trend. Negative sides: 1. Does not function on all assets. If you look at the instruments, then metals are more likely to be buying, and currency pairs are also dominated by purchases, for example, the Kerry trade strategy. If a currency instrument does not have a sufficient liquidity indicator, then the signal will be poorly traced. 2. Also, we do not have certain entry or exit points: we receive a signal for the right direction for a future trading operation. 3. The strategy is better used in conjunction with other, more accurate market tactics, which give better results for signals and entry points. The strategy of the medium-term variant of the analysis The main principle of tactics is the search for leaps and sharp fluctuations, the relationship open by players transactions. A trader should attract, in the first place, a significant change in this indicator in one direction for most brokerage companies. Similarly, the previous tactic, you need to look for the entrance to the opposite side of the sport. Jerks indicate that large funds have already entered the market. Providing good conditions for trading, they provoke the majority of market participants to make a purchase but are themselves ready for a reverse position. The positions of large traders affect the spurt, demonstrating it on the chart. As a rule, sudden jumps are associated with an increase in buyers or sellers coinciding with the release of important events. In this situation, it is worthwhile to wait until the volatility decreases, and after that, to search for entry points. The jerk can act as a signal and show us the direction of the trend for several weeks. Remember that the signal will be more qualitative if the exchange is directed in 50% of cases on a trend, and not towards this indicator. Positive aspects of tactics: 1. A good signal; 2. Tactics involves trading in the direction of the trend 3. Includes a signal of long-term tactics The disadvantages are the long waiting time of the signal and the absence of a specific exit (a certain exit point from the transaction). Short-term strategy The tactics of a short-term variant of analysis involve interest in dense zones, congestions of the buyer or sellers within the limits of 100 points from the current price value. In other words, such dense clusters act as resistance. Entering the market is more rational when the price is close to the congestion, and the opening is better at breaking off these seals. A stop-loss order is placed inside the clusters of positions, and the signal itself will be more significant if the transaction is opened in the direction of the trend. The signal is considered valid until the next impulse (up to several days). Among the positive aspects of the strategy are: 1. A clear entry point to the market and a specific Stop Loss order. 2. High probability of working off. Among the shortcomings is the time costs. That is the need for constant tracking on the market. These tactics show good results. The use of strategies in combination with other methods of analysis will give high performance and efficiency.

The positions of large traders affect the spurt, demonstrating it on the chart.
tags